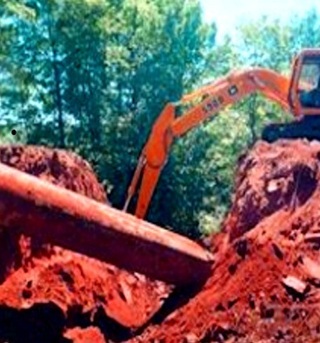 Native Land's - upheaval: Who owns it? 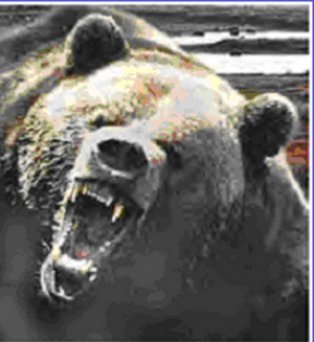 NATIVE LAND: Rejuvenation. The rebirth of a family to serve their nation by following their delinquent child’s dreams.

TRACKING BLOOD WHITE: Rebirth. A dying red-neck town’s struggle with its Native American neighbors and the killer bear that haunts the mountain they share

SWEET LAND OF FIRE explores the question: what tips exceptional young people toward political violence? The play is an imagining of what could have gone on in this elegant New York townhouse during the 24 hours before it exploded – shaking the nation – on a solar eclipse day in March 1970. At that time, the anguish of our brightest youths – over wrongful war, race divisions, poverty, and greed in this country – led them to plant bombs, (the police found enough dynamite to blow up half a block) with which they ruined their lives in an attempt to alter what they found unacceptable for America. I wanted to know “why?” – because understanding them then may help us now.

NATIVE LAND: Passionate, swift, funny rebirth of a midwest urban American family into the service of its crumbling nation by way of the mother's fierce trust. Each brilliant, stifled person in this family rips away generations of greed and betrayal to find that embracing their rebel child’s dreams will not only revive him, but rekindle them all.

Kate, once charismatic sparkplug of Viet Nam protests, now a tamed neurologist studying dreams, which her publisher husband, Alan, and their children tolerate. But when wartime buddy Mike, now a prominent lawyer, resurfaces to ask Alan to run for Governor, his daughter Jen, 19, (eager to play politics), and son Jamy, 13, (who haunts an urban excavation, bringing home an unstable vagrant), both lobby Alan to run against Kate’s wishes...until Jamy runs away, falls in the excavation, and is comatose. The evolution of the family while Kate insists they must follow Jamy’s dreams, saves everyone.

TRACKING BLOOD WHITE: Depressed south-west hunters, unemployed after drought and fire, take off from their raucous red-neck tavern to bring down a legendary killer bear that guards the timberline of their stripped “holy (to Indians) mountain.” Their skeptical women stay behind, one with a child terminally ill after being lost in the woods. They resent the Native Americans with whom they share the mountain, and who are faring better on the “Rez” (with a casino and a girl healer). The sick child’s mother defies the town, gets astonishing aid from the Indian girl healer while the hunters, attacked by the gigantic raging bear, race terrified back down the mountain, but find the Indian girl gathering herbs in a meadow, and take brutal revenge for all their humiliations. The horrible fall-out for all, and the guilty hunters’ ascent back to the mountain top to face their mystical nemesis, Blood White, bring a devastating and transcendent battle before peace returns to the People.

SWEET LAND OF FIRE has had readings in New York –at Ensemble Studio Theatre asDay Before Noon, at Abingdon Theatre Company asThe Flower’s Last Child, and as Sweet Land Of Firein a Concert Reading at La MaMa E.T.C.

NATIVE LAND was commissioned by Michael Miner at Actor’s Theater of St. Paul, has had readings at Ensemble Studio Theatre, New York as House Of Eeyore, and asNative Land in a staged reading at Actors Stock Company/New York.

TRACKING BLOOD WHITE was commissioned by Ken Marini for the Cheltenham
Center For The Arts, Philadelphia, and workshopped there as Daddy’s Gone A-Hunting. A series of concert readings were produced by Playwrights Theatre of New Jersey. The Lark Play Development Center, New York presented it as a staged reading during their Playwright’s Week. La MaMa ETC, New York, did the first concert reading of Tracking Blood White.