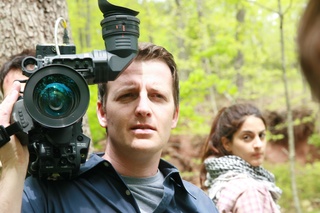 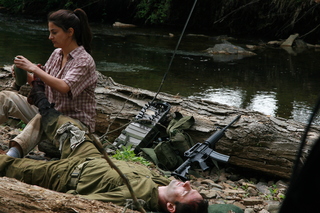 HOW HIS BRIDE CAME TO ABRAHAM. (Thriller/Romance) A boy and girl with every reason to hate discover love. Bomb-wounded Israeli soldier clashes with fleeing Palestinian. (Screenplay is "Official Selection" at Oaxaca Film Festival)

IN A KINGDOM BY THE SEA.  Kidnapped "cowboy" Marine serving UN (true story) in Lebanon's maze of rival Muslims drags America into the new world as the mystery of his capture unwinds. (Won Gold Prize at Hollywood Screenplay Contest)

THE FASTEST WOMAN ALIVE.  Action biopic of starving street kid who became most celebrated and glamorous aviatrix of the 20th century: Jaqueline Cochran

NEXT!   Adventure/Sci-fi. Child Indigos worldwide meet by hacking an avatar game that enables them to shut down the planet’s oil economy.

CHICKS GOTTA SWIM   Luscious wife of unfaithful televangelist goes off the rails, meets glamorous Hooker on the lam, and the two concoct the perfect revenge.

FINAL QUEST: THE MOUNTAIN OF THE GODS   Action/Adventure. Renowned archaeologist in mid-life crisis is lured into deadly race for lost city that harbors absolute spiritual power.

LOVE HITS EARTH (& Other Disasters)   Zany Romantic Comedy A love-starved Medium chasing his dream girl gets tackled by ET’s who need him to save the planet.

TRIPPING TAMMY   Sparkling farm girl slips into crystal meth addiction that drags her and her loved ones to hell...until an unbearable shock strikes such terror she vows if God reverses it, she’ll mend, and she does. (true story)

PARALLEL LOVES   Romantic comedy.  How can you get

to "yes" in the real world when your dream lover won't

COUNTDOWN   Female geophysicist and playboy reporter tapped by other-terrestrials to predict earthquakes and head off California 'big one.'

ISLAND EARTH (Treatment) The unbeatable force - how one family meets the coming deluge.

THE LINE (Pilot in draft). US officer and female anthropologist are dropkicked into UN peacekeeping showdown.

A GOOD AMERICAN FAMILY (Registered proposal). WWII legacy of American/Korean marriage explodes when granddaughter's fiance's Japanese grandfather is recognized as the keeper of a prostitution camp in which her grandmother was a "comfort woman.