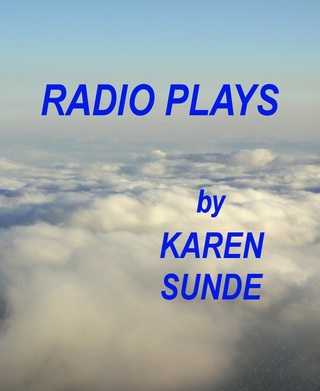 Phil Lee at Full House Productions, New York, directed and produced HOW HIS BRIDE CAME TO ABRAHAM for radio. LISTEN TO A PREVIEW:

"Beautiful! Truly fantastic and emotional works
in a lost and under-appreciated medium
that actors, directors, and audiences alike
will fall in love with." Terry Fletcher SMASHWORDS

THE SOUND OF SAND Blind boy’s mighty dangerous venture from sand-castle beach onto the sea.

HOW HIS BRIDE CAME TO ABRAHAM: Enemies trapped in no-man’s land make it paradise.

Radio opens a direct link to the audience’ imagination. Sound alone telling a story is instantly absorbed onto the mind’s creative canvas, and the resulting composition will be personal and intimate to a higher degree than that of any other medium.

My first radio assignment was also the first play I ever wrote. Initiated and produced for the National Foundation For The Blind by the Iowa State University Radio Players, it won the Bob Hope Award. The Sound of Sand presents a blind boy’s mighty dangerous venture away from his sand-castle on the beach far out onto the sea on a raft.

The second time I wrote for radio, WNYC’s Radio Stage asked me to adapt my stage play Haiti: a Dream and then produced and broadcast it on WHYY and NPR as well. Voodoo to Paradise began when I read a tiny New York Times clipping “wreckage of a wooden boat” on Florida’s coast and instantly “saw” its lost passengers.

Founder of Full House Productions in New York, Phil Lee, prompted the radio adaptation and production of How His Bride Came To Abraham so that its battlefield parable of Mid-East peace could reach audiences anywhere.

Set in South Lebanon, when a fleeing refugee encounters a soldier wounded by a roadside bomb, irresistible Palestinian and Israeli characters clash, then ignite a passion that heals. A sample of the audio is online at the film's website.

The stage play versions are published by Broadway Play Publishing.

HAITI, A DREAM
Scroll in anthology: FACING FORWARD
HOW HIS BRIDE CAME TO ABRAHAM
Stage play at Broadway Play Publishing